Who changed my soup?

Has anyone ever read the book "Who moved my cheese?"  If not, a really good little book to read that will challenge the way you think when things shift and the decisions we make when a shift occurs.  While this blog is a little like that book except it is "Who changed my soup?"

I had a dream last night and in this dream I saw four churches in a fun competition with each other making dishes of food for eating.  I was making a big pot of soup but I had forgotten to put the salt in.  The competition thinking I would have put salt in already added a whole another cup of salt to our soup behind our backs.  When we had realised we had to adjust our soup and add things because it was way too salty.  We had to add food that we would not have naturally added and we had no idea what it would turn out like.  We were having to create something that was out of the ordinary.  But because they had done that, we had ended up making something very creative and tastier and more original than it would normally have been and our church won the competition.

You could have many interpretations to this dream but the thing that spoke to me was of the scripture in Romans 8:28 "And we know that all things work together for good to those who love God, to those who are the called according to His purpose.

I believe there are many people at the moment going through trials and things are not turning out how they intended or saw things happening.  A bit like the soup I was making and the competition coming and adding stuff to the soup in order for it to go wrong.  But because of what the competition did, it pushed us to find other ways to make something that would work and in the end actually enhanced what was produced.  Gods promises in the word all come with a hope and a future no matter what circumstance or situation that you find yourself in.  He says we will have many trials but he will deliver us from them all.  I know that some of the dreams and visions that we have, we often have only one way of seeing them and how you expect them to be or to go, but sometimes we need things to come along that actually lead us in a direction that we had never thought of or that we would not normally go but actually it ends up bringing about something that is way better than the original dream or vision that we saw.
God knows the best he has for us.  We think we know what we see but actually God has something better and unless sometimes unplanned ingredients get added we will never see the bigger picture that He has for us.

I know for ourselves and those who come along to our gatherings that there is change in the wind, that in order to accommodate what is coming then we need to re-evaluate the way things are done now.  We need to move with the Holy Spirit and with what He is doing in order to keep going from glory to glory in the Lord but that change is not always easy.  It will mean a shift in the way it is now and we all like the intimate way it is, but if I am going for something bigger in the Lord then we need to make way for it.  Jim and I are going for revival and so therefore things may need to change to accommodate what that may look like.

So for yourselves personally I want to encourage you to rejoice in your circumstance and look for the new ideas that He may want to bring about that actually will mean something better in the long run, way better than you dreamed, thought or imagined.  He truly does know the best he has for us. 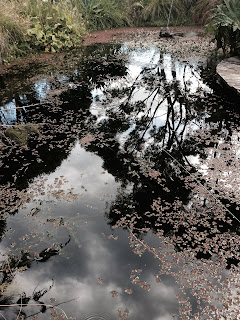